Psychotherapy through the eyes of a dog 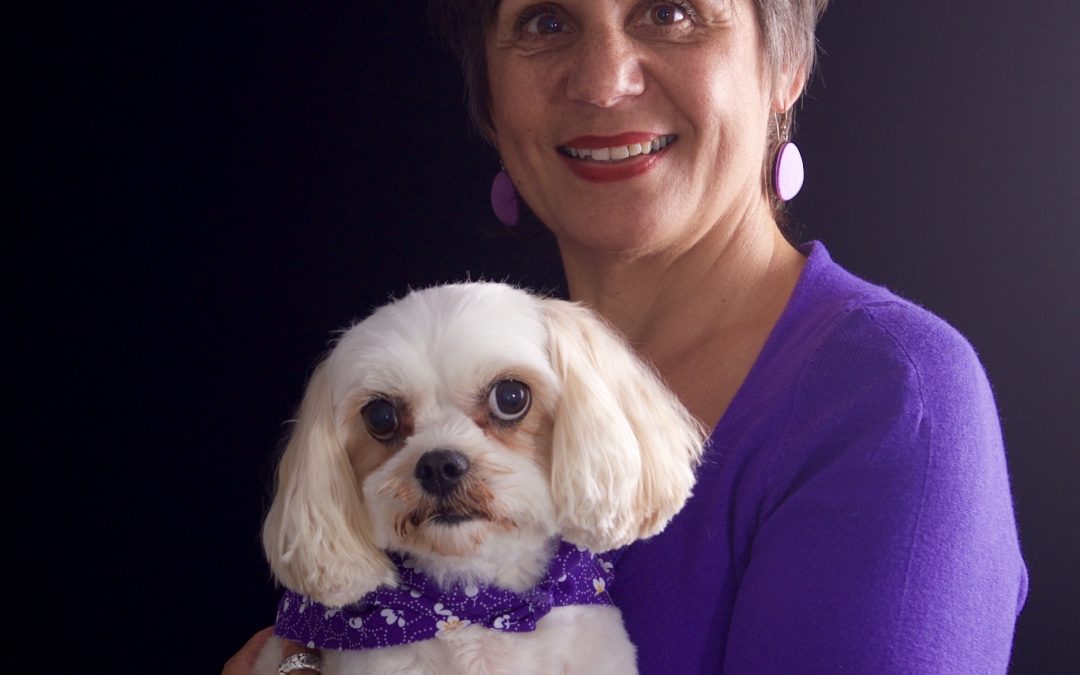 Saydee, a dog, the main protagonist in my book, developed an old symptom.

By dark circles I mean a stain emitted from the tear ducts and in the saliva.
I say this in hindsight because as this blog will attest I did not really notice it was there, then not there, until it was there again.
As one does I referred to doctor google. Or in this case, veterinarian google. While I learnt much about the symptoms and what it was that coated the dark brown reddish stain, I could not find anyone saying ‘why’ it was happening.

The internet explains that it’s called epiphora and happens as a result of the overflow of tears onto the dogs face. The articles do go on to say various things like …caused by excessive tear production…. insufficient tear drainage…. both…it can be chronic or acute….and most dogs experience it at some time.
While the article says the chronic stage can create infection it still does not say what is driving this stain.
As a good psychotherapist I became quite curious. Most articles say that the accumulation of this pigment is called
porphyria, found in tears.
It appears the body makes heme from porphyria. And that heme is a vital molecule for body organs but most prevalent in the blood, bone marrow and liver. As heme is an iron-containing protein, and again in hindsight, I think the word heme was the clue in my puzzle.

This stain on Saydee’s face had all the hallmarks of the beautiful orange colour iron-containing rocks in the
outback of Australia, particularly Uluru. Though not so beautiful all over her little white face.
While I am tut-tutting about how unattractive this looks for my pet I am becoming more concerned at how difficult it is to find a cure, concerned it would give her repeated eye infections.

I was also concerned that no one, including the veterinarian I took her, knows what the cause is.

Well for all you posting, Tweeting, Facebooking people with the problem, I have perhaps found the what cause is. Though is appears multifaceted. After Saydee had her altercation with the paralysis tick her stomach remained quite sensitive.
I was advised to give her boiled chicken, which she seemed to relish.
Eventually, as I had read so much detrimental information about the various brands of pet munchies I had been giving her, I stopped feeding her all commercial style food, completely.
She appeared to have more energy, firmer stools and ate all of her food.
Which now consisted of chicken, pasta and vegetables. All home cooked fresh every few days.
Intermittently I gave her mince steak and a weekly lamb shank with the meat and fat trimmed off.

We trotted on like that for some years until recently when I noted the brownish red stain had returned around her eyes. It was unsightly and had appeared quickly. I took her to the veterinarian who said it could be an eye infection and gave me an antibiotic ointment.

While I think she did have an eye infection this made no difference to the coloured discharge.
Another trawl of the internet, books, and professional advice did not reveal anything further other than products to use and not to use to remove the actual stain.
One herbal option everyone was raving about I did order, to experiment with. Though to date have still not used. The reason being it does not explain why this is happening, and this product is to be added to her water

Before the product arrived I had had a thought. I scrolled through my photo album of her, someone thousand snaps…she’s the cutest dog! I decided to try tracing when she began showing signs of the stain again.

Bam! There is was. Not long after some serious surgery she had had earlier that same year.
One other cause both an alternative animal practitioner and the internet came up with was stress, though no elaboration and certainly nothing scientific and significant to use as data. In rethinking the sequences of events Saydee had been very stressed over this period.
She had had to have two serious operations, the second within weeks of the first. It had been a difficult and painful time for her.

I recalled one other piece of information, perhaps only a psychotherapist who is habitually being a detective might note.
I had had a someone come in to look at Saydee’s psychological state after that second surgery (she had been through so much and appeared depressed).
This person gave me some dietary advice that I zealously jumped on-board with.
Saydee loved this new diet and it was easy for me. I figured the nutrients would help with healing and muscle development after the protracted rehabilitation.
Mince steak! Raw mince steak.
She loved it so much I began giving it to her eight out of ten meals.
Now, with this new assumption, I began reversing that ration to a balance of red meat to chicken (and I did not try the new eye cleaning product).
By now I was on a mission. I didn’t want to blur any information.
It took about three weeks and the brown tear stains finally began subsiding. It still has not gone completely however it is greatly reduced.

As this is a blog about Psychotherapy you might be wondering how this has anything to do
with the subject.
I believe this series of events illustrates the difference between a strategy based recovery (using the drops, regularly washing her eyes etc.) against a full and thorough investigation of what is causing the symptoms.

This is the difference between psychotherapy (long and deep investigation) and short term CBT, medication, strategy or any other solution-focused approach.
It also illustrates that we can treat the symptoms however if we don’t remove the cause the symptoms will continue to be troublesome and contribute to ongoing issues.
You can find my book on what constitutes psychotherapy and how it differs from other psychologically mind work on this website or here.