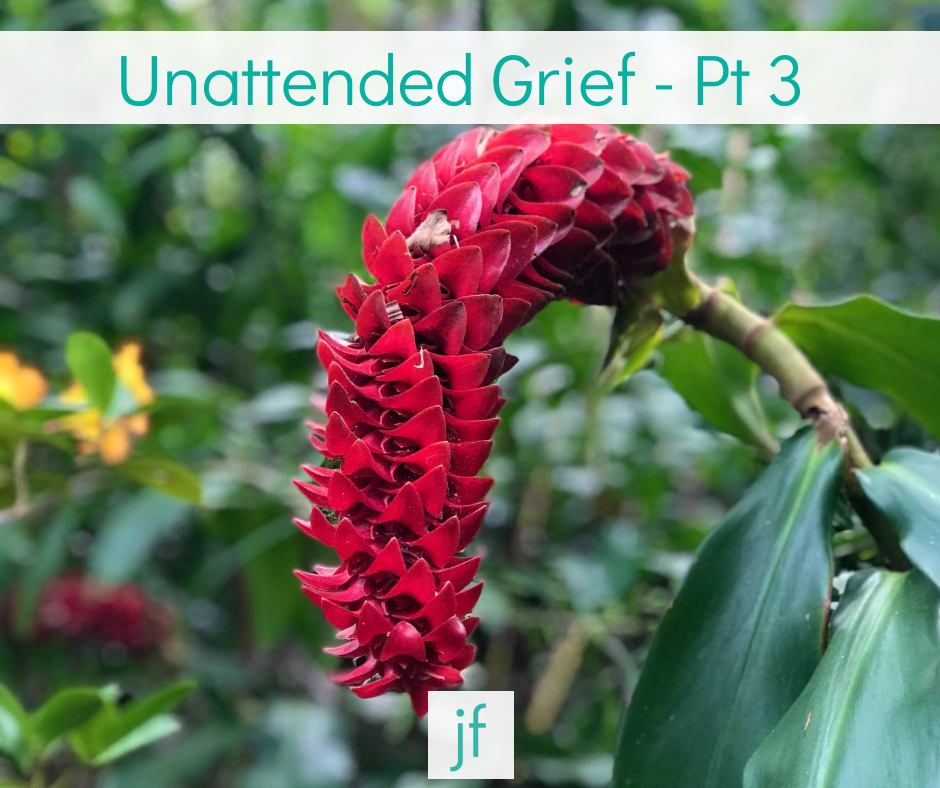 In part three of this four-part story, we learn the next chapter in a life of unattended grief …

In a session weeks on from that earlier disclosure in part two, I ask the client about what it was like to see her mother dead, lying dead in her blood … police everywhere … and never knowing the why and how.

In that moment she pauses and tilts her head with this quizzical look on her face. I wonder what is coming next. She is a most unpredictable creature. Then slowly she says, ‘You know what? I don’t think anyone has ever asked me how I felt about her death, or that moment. My god, what the fuck, could that be true?’

Next, she does an interesting thing. She says, ‘right now I can’t go there. But I want you to remember this, because I won’t. I know I won’t and I want you to remember so that you can take me back to this question. I’m not ready to talk about it now but I think I have just reached a moment in my life I never thought I might reach.’

In my outward manner I would have appeared subdued. I slowly nod yes. Inside I want to jump up and high-five her. I have that experience now and again, when a client says, ‘I don’t like this and I want to put it under the “psychotherapy microscope”’, as one client is prone to calling it, ‘at a later date.’

While I hypothesise what she means, I ask, ‘You felt … discounted … ?’

She said, ‘Everyone thinks prostitutes, or even poor people, homeless people for that matter, are trash. I can see it in their faces. They think we are dumb and stupid. We’re not, I can assure you. I never share important things with such people. I know they think I’m garbage. That’s why I have held onto how devastated I was about Mum dying. So much so I didn’t even know it was this bad … and this is bad isn’t it?’

I nod, gravely, with no sound.

After a bit she begins sobbing, loudly. Suddenly the room is filled with a sort of eerie howling, growling sound. I can hear and feel the pain oozing from her cells, from every part of her body. She is writhing and contorting on the lounge. Not in a profuse manner, clearly it is not an act. She is finally letting go of a self tightly bound to hold the horror of her life.

It is one of those moments when, as a psychotherapist, I want to get out of my chair and ‘touch’ that person. Touch my fellow human, while they cathect, squeeze and force every part of that pain, anger, grief and sadness into the stratosphere.

Ethics and boundaries discourage it, necessarily. Touch can be misinterpreted and especially in a deep psychologically regressive state. ‘Inappropriate touch’, it is referred to, especially when someone is in such a traumatised rubber-band back to an old place; that is, bounding back to an archaic memory while processing in session. I had to steel myself against the urge to touch this devastated young woman, another human in pain.

A light hand on her back is not going to be useful to her right now anyhow. Added to that, she requires a potent psychotherapist who is not going to interfere with her process by ‘acting’ like a caring, perhaps rescuing, parent. A caring parent who will not be available outside the room. A caring parent who struggles to watch this level of pain in another person. No, she is growing herself up with my assistance, not my interference.

When this happens it could be referred to as ‘rescuing’. The professions are top heavy with rescuers. It is perhaps one of the top-rating reasons people get into the field. It also explains the high levels of burnout in the mental health professions. Jung referred to the profession as the ‘wounded healers’. To support this, one British researcher, Alison Barr, found that 73.9 per cent of practitioners she questioned had suffered some level of psychological wounding themselves.

You may ask if I am a rescuer. To that I would answer no, mostly. I say mostly because to rescue is a human trait. However, in the work I do I am not able to rescue. I know this because in my training it was imperative I do my own psychotherapy. This process nicely douses the urge to rescue.

Jung believed that, when working deeply within the unconscious space with a client, our own unanalysed wounds can be reopened. If this were to occur, the psychotherapist’s own pain would affect their efficacy in working with the client seated in front of them.

I hope you are now wondering how this could be possible: that a practitioner would feel the need to be a rescuer. The ugly truth is hard to hear at the best of times. At the face of it this is how a rescuer feels about it; they must rescue the client from their pain. Often this is not about the client’s pain, but about the bystander’s own pain being triggered. The fact of the matter is that when we do not heal our own wounds we cannot sit with another’s wounds. We will, without doubt, be driven to ‘save’ them. Additionally the practitioner may be thinking they will save the client from revisiting the pain. The reverse is, in fact, the truth.

In this deep, protracted work we encourage the client to stay with their pain in an attempt to heal and understand. Likewise we need to be there to witness such pain.

In the case of this client, I also noted, unsurprisingly, and consistent with revisiting this type of trauma, the next few sessions were full of diversions, defence mechanisms and tangential tirades. I did not push her. I knew we had traversed territory that for now could not be discussed further. I knew she was integrating at a conscious and unconscious level the information that has come to light.

It was almost as if we had stirred the mud from the depths of her psyche and it needed time to settle, in new positions, before she could take the next, substantial step. For now she was assimilating her knowledge of that time. And there was time. There was no need to push her. We would visit this again.