To Publish or Not to Publish – Part 2 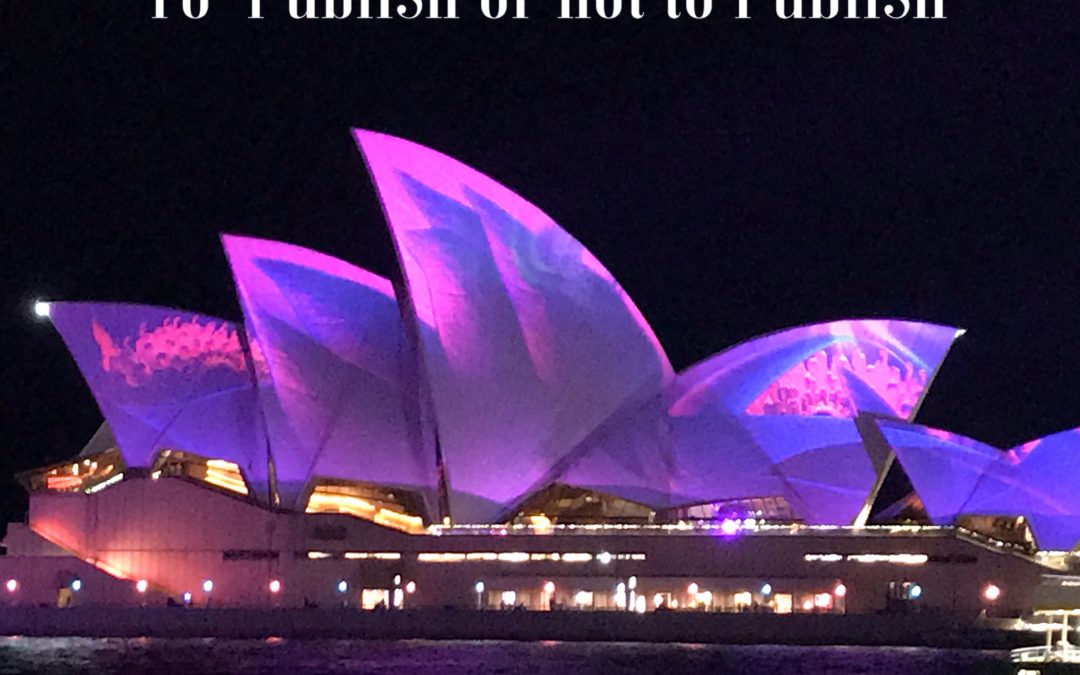 The approach to the co-editor went well.

As a result, the co-editor and I have rekindled a twenty-year-plus acquaintance into a beautiful friendship and a mutual admiration society.

You know there are those things that happen in our lives when we recall exactly where we were at the moment they occurred.

This meeting will be one of those in my life. It was in a not so startling café … as I am accustomed in Sydney. We had had to compromise our meeting place and our meeting time to squeeze it into two busy schedules.

However, it was on a beautiful boardwalk platform under a huge Moreton Bay Fig tree, a faint cooling breeze warning the beginning of winter.

There we discussed our strengths and our weaknesses … we were a perfect team.

I began to pick up the pieces of the contributor-carnage and my new co-pilot, the other editor, began looking over the work I had done to date.

It took some time to get every contributors proposal in a format the pedant new co-editor could tolerate. CV’s came in slowly which I assessed. We both liaised consistently with the contributor team using our differing strengths. Herding cats became easier with this amazing woman.

Finally, the pedant had smoothed out garbled, non-cohesive, reference lacking, half-baked proposal into a most attractive proposal-bake.

Around this time, my favourite publishing editor decides it’s time for greener pastures and leaves the company. If I’m honest I was shattered. I’m not sure I ever recovered … this felt like her baby. Her parting words, I’m sure to reassure us, were, ‘it will be a smooth transition’.

Within that rupture, the proposal was done. Eventually, we, the mutual admiration society, agreed to hit send. The proposal was in the ethernet on its way to the person who is now the new publishing editor, for review.

It is not a smooth transition. It is difficult. Fraught with long delays between emails and content issues.

It is taking an inordinate amount of time to get feedback.

We cool our jets and remain patient and hopeful. We feel this publisher is the home for our book.

Finally, the reviews come back; ‘not recommended to publish’.

Fortunately, the reviews and the reviewer’s comments were included.

I was mortified. How did our book proposal find its way into in the hands of a totally non-related profession? I bounced off the walls. I ate. I groaned. I sighed. I went to cover. I paced.

After twelve hours of the above, I sat down and wrote a measured reply.

I began with; ‘I entirely concur with the reviewer’s assessment that this book is in no way applicable to the profession approached to review’. I go on to say that I am unsure what we did / or wrote that gave the publisher the impression this book belonged in the field of the current reviewers. I added that I was in the process of researching our proposal to see how that might have been interpreted and triggered.
However, in the meantime, I referred them back to several areas within the proposal where we clearly outlined the professional audience.

I went to great pains not to blame. I knew this area might not be one of expertise for the publisher’s new editor. And if that was the case, I/we needed to assist her, the process and the critique.  At the same time, I needed to seek to develop clarity around where this book would be positioned in the profession of relational psychoanalytic psychotherapy for the publisher.

Meanwhile the other half our co-editing team has had to make a mercy dash to another country for a seriously ailing relation … who, sadly, died.

It was deeply moving and sad time, grief taking its toll.

I didn’t feel I could bother her with the trivia of what was unfolding in Australia. It did not feel important enough.

Though I was also worried I might make a wrong move and jeopardise our ongoing relationship with this publisher. My usual confidence in tatters.

I did trust a small quivering knowledge of what was required. I leaned on my negotiation skills and stayed in dialogue with the publisher, guiding, suggestion, hypothesising and faintly getting agreeance about the book’s position.

It might be useful to say at this point; Australia is not a stronghold of relational psychoanalytic psychotherapy. While we have a considerable burgeoning community here, and we know our worth and training and service capabilities, it is not a strength in Australia. So, when the publishing editor said the proposal had gone to the UK office, we celebrated. The UK has always been a stronghold of relational psychoanalytic psychotherapy.

After months on tenterhooks the second round of reviews … within the correct field … came back and were resoundingly in agreement; this book is cutting edge, like no other published to date. Added, the topic is controversial enough it would be a travesty not to publish it.

Today, 30th May 2019, we received the book offer and contract guidelines.

All things considered, the book will be released in June 2020.