A Journey … Becoming a Psychotherapist 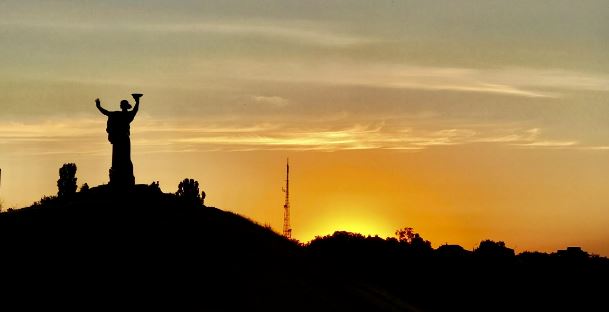 I have often wondered if you don’t choose psychotherapy, but that psychotherapy chooses you. I say this because that is how it has been in the experience in the many stories I have heard from psychotherapists. It’s like it pops out of nowhere, jumping onto that road you call ‘life’s passage’ and in no time at all one is on an endlessly, profound training trajectory.

Me? I was languishing in the corporate sector, thinking I was doing a great job. On reflection I probably was. However, the feedback from upper management was not in those words, per se.

I often wonder if I had made my own life difficult trying to move up the corporate ladder in a very male-dominated industry, profession, and world? I felt I had. It had become another glass ceiling and my head was hurting from the constant clash with this high-grade glass. I want to say tempered glass because it was four or five times tougher than annealed glass, but let’s just say laminated glass, because it doesn’t get much tougher than that.

After so many collisions one needs to review their life plan.

I did. It meant I quit my job and began my review. Perhaps not so wise in that order. A new job, then a review, may have been a better move.

For a time I worked as a consultant with a group of people wanting to pick my brains and use my skills from my previous career. I embarked on that project with my usual zeal, while I contemplated my attributes, (and not quite my navel). A difficult thing for a female born and breed in a rural, and conservative Italian style family. Thinking one had attributes was an oxymoron.

However, I was able to come up with a few things I thought well about myself. I also managed to hold onto some useful feedback people had given me about my life, work, and skills in that corporate arena. In those days I labored to drown out the voices of the not so useful things people had said to me, including an ex-husband.

I was not to know this then, but psychotherapy would release me from many and most of those negative, limiting beliefs.

I digress … back to the beginning … a story of a journey to become a psychotherapist.

I quickly realized it was feedback from the staff I had worked with for many years that assisted in guiding my embryotic, developing, attribute list. Because one of the things I knew I could stand on was that I was good with people.

After much exploration and research, I decided an education in the social sciences would give me what I most wanted, a way to work with burnout executives, like myself. It was the early 90’s and the word ‘coaching’ was not being used here in Australia, though soon would be. I was seeing myself as a coach. I knew that turf well.

I was aware I had had the experiential education; I just needed the formal documentation.

I launched into a degree with that usual exuberance and optimism.

I was not to know then I would not get what I thought I wanted … I would get far more.

I was motoring through modules, taking on as many as I could, even though I labored with an educational process that made little sense to me and confronted everything I believed in.

Finally, it was a long summer holiday break. Most of my co-students were looking forward to a much-earned break. Beach and holiday plans abound.

Not me. I was in the habit of working far harder than I had at university, so at that point I began scanning the summer school timetable to see if anything might fit into my course electives, thereby cutting off the length of time I was wedded to the degree.

Bam! It was affirmative. I checked into summer school.

Due to the shorter than usual length of time these summer modules, it was hard work. The teaching intense. The assignments were relentless.

One module I selected was ‘odd’. Odd and simultaneously fascinating. I couldn’t get enough of it. It was much more experiential than I was accustomed to in this education system. I was enthralled and even though I am embarrassed to admit, many of us didn’t really ‘get’ the concept of the module.

The rigorous and generous trainer suggested, if we were interested, she would run a workshop.

Do you ever recall a time in your life when you were traveling along that road called life and something jumps onto that path … forever changing your way of living and direction? In fact, changing everything you knew about yourself, your life, those around you, and even your purpose?

This is what happened to me on that day, in that workshop.

In the workshop, the trainer gave us some theoretical platform and a brief about the process. She asked for five volunteers. I had been sitting next to a guy who was doing mostly the same group of modules I was. He leaned over and whispered, ‘I’m going in’.

I gave him my most histrionic glare and whispered back, ‘are you mad?’

Did I know something at that moment? Because if I did it had not filtered into my awareness … yet. I often wonder if my unconscious knew what it was about to be violated in a most unsuspecting manner. The dubious sense I had on that day would remain with me for years.

Back to the workshop:

The trainer sat in a lone chair at the front of the room. The five volunteers placed their chairs in a semi-circle in front of her and we, the rest of the class, line the walls in a larger semi-circle, watching on. As if pressing as far into the wall, and building structure, away from what is about to happen, as was possible.

My crazy brave friend was first up. He had to have something he wanted to share. Something needed to be a concern, a repetitive thought, vision or an unexplained feeling.

Was I pleased I was not up there … hell yes? Where would I ever have begun? Back to the story … he gave the trainer his brief, brief.

They began a dialogue, the training asking an odd question here and there, as he narrated the story. Those questions did not even seem to appear to be question-like. Within moments he was transported back to the time when he lived with his family in a remote, dangerous country. His terror was alive, palpable in the room. He was his five years old self.

To the uneducated, as I was then, it was as if she had cast a magic spell over his being. A scary magic spell, I might add.

At that moment all I knew was that I wanted to work in this deeply profound way with people. Helping them to understand how those early wounds stay with us … until we drag them from our unconscious, kicking and screaming into the daylight of consciousness … and into a healed from that knowing.

I never lost sight of the desire to work in that way. It became a driver to my purpose in life. My training, my course, my education, and my future took a 180-degree turn that day. I was no longer able to contemplate working with burnt-out executive staff … I needed and wanted to know why people were burning out … and much more.

Enter another seven years of training on top of that three-year degree and I can say I am often fortuitous enough to share a similar experience with a client as they wander back over the landscape of their life, in our work.