All Blood is Red 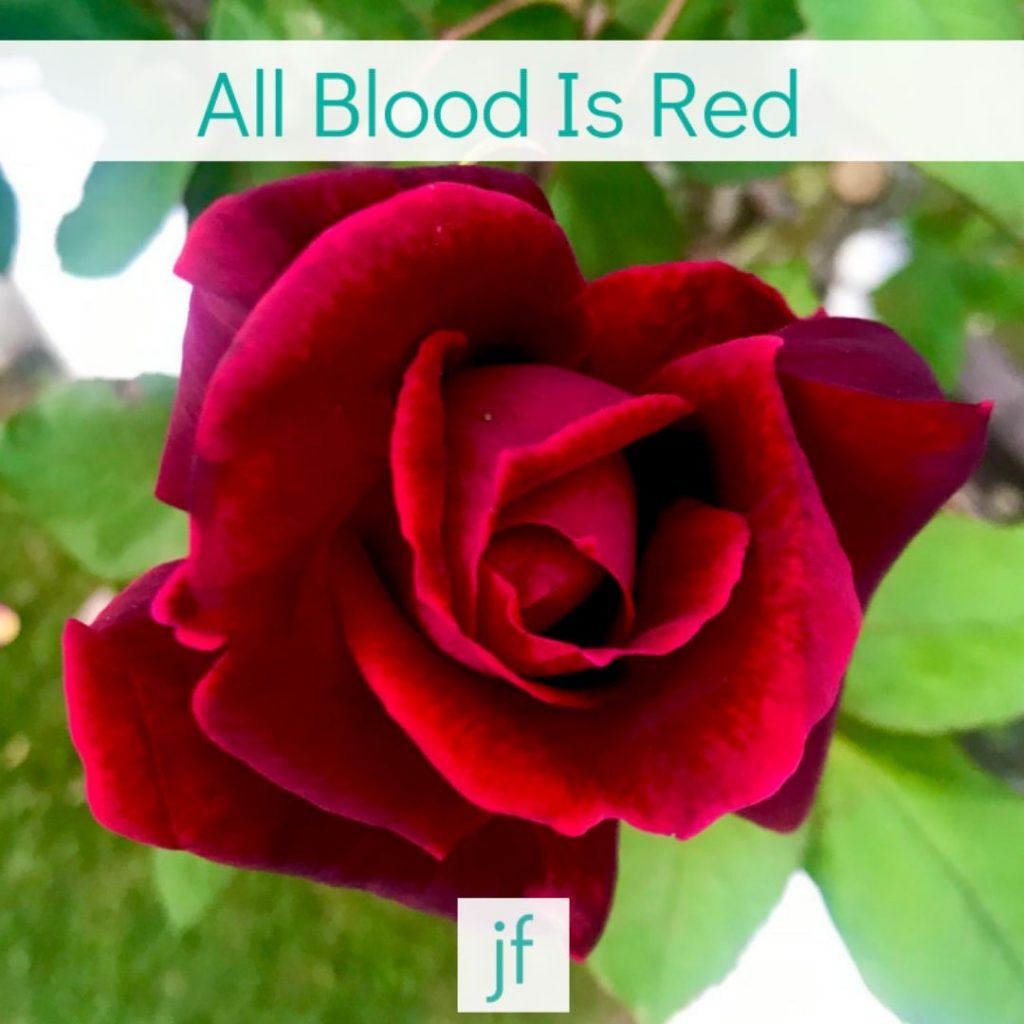 While there have been many, three stands out events aided my own personal confrontation with racism.

The first one is, and what the initial trigger was, I have no recollection? All I hear now in my head is a snippet of that conversation … and … as if those words were uttered yesterday … ‘if you cut any one of us we will bleed the same colour blood, it doesn’t matter what colour skin we have, our blood is red, we are all the same’. As he made this statement, he swiped a hand across his arm in motion, as if to slash the skin on his arm, drawing blood, and, speaking in a tone I knew to heed. It was not a common tone from this man, as a result, it carried impressionable weight.

I was young, very young. As I hear these words now, I can feel myself as a small child looking up at an adult. And so young I no longer recall what started my fathers lesson in discrimination, and racism.

He came to Australia as a small boy. The only (very) dark-skinned child in the area, with zero English. His life would become a series of; wog, dago, black-bastard, go home where you came from, spaghetti eating mongrel, various taunts at his lack of English and education and being chased and beaten up … until a compassionate older man taught him how to fight as a boxer.

No, he was not a slave, no, he did not have his land taken from him, no, he was not separated from his loved ones, and no there were no laws against his very existence.

Knowing this story as I do and how his life was so marred by racial hatred, my imagination is stretched to understand the enormity of how Australian Indigenous people, African Americans, American Indians, Inuit of the Artic, the Yanomami and Tupi of the Amazon, the Bontoc people of the Phillippines, the Massai of East Africa, the Kanaka Maoli of Hawaii, the Maori of Aotearoa (New Zealand) … an endless list of First Nation People … have been terrorised by simply existing.

My second deeply impressionable exposure was in 1977 when the mail-order book club I was a member of offered the (now controversial) book Roots by Alex Haley. I was in my early 20’s when I read his book. I recall that as I read the history of Kunta Kinte I was vividly transported back into what the slave trade was, how people were treated, lives torn apart, bodies ravaged by violence, starvation, displacement and utter disrespect for the basics of life entitlements. Treated in non-human ways … and worse. I recall being horrified that a person could do such heinous things to another, such was my gullibility, from a staunchly ethical family. What sort of animal treats another in this a subhuman manner?

As I have culled my books over the years, and moved many times, I have not ever been able to part with this important lesson book which educated me and propelled me into further learning, study and exploration of torture, slavery, displacement, discrimination and racism.

The third event, and perhaps while a memory vivid, it was not as traumatic. I was in my cross-cultural class at university. Even after all I had been exposed to; studies, discussions, research and learning I realised I was still not across the heinousness of discrimination and racism. Here I espoused the integration and assimilation of migrant families, thinking naively that this came close to the experience of First Nation Peoples. Obviously, I could not have been more wrong. And while yes migrant racism is abhorrent on all levels, watching your country, ways of life handed down for thousands of years, family members separated and annihilated, is a whole other experience.

I recently followed and interesting debate where someone was saying that they felt their ability to understand the complexities and implications of racism was wanton. They asked for direction and guidance to better understand the issues. It was an overt request to develop an uneducated and important perspective on this issue. Some of the responses were thoughtful and helpful and encouraging, however, I was also shocked to read the vitriol toward this request, which was basically, ‘well go and find out’. At this point I think there are more and more people no longer wanting to hold the token anti-racism card and have a deep desire to bury themselves in history and understanding.

I know I certainly do not have the answers, however, I am hoping that these conversations we are now having are small beacons of lights into a huge global impasse. As it is only in education and learning, that we understand the plight and dilemma of millions of people living in fear, violence, starvation, darkness discrimination, racism and disconnection from their roots.