A Hero and Lesson in Attending 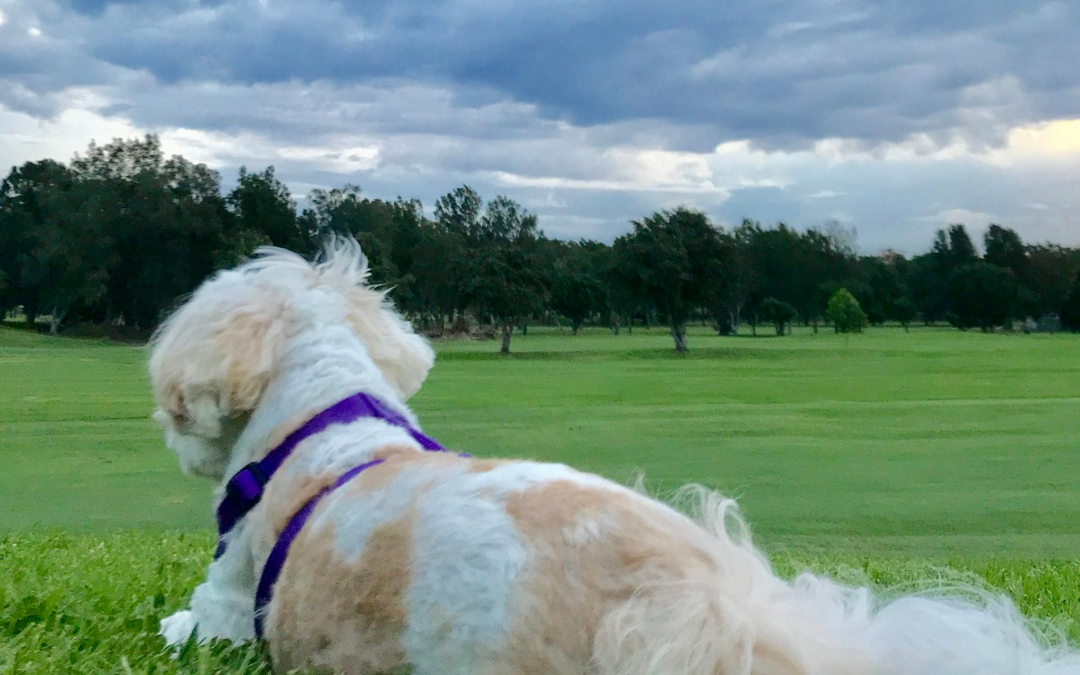 Perhaps there is a hero hovering at the wings of many people.
This might be in the form of a friend, a family member, a partner, a celebrity, a cartoon, an inspiration … or even a dog.

Saydee is my canine co-worker and my hero. She has given me many lessons but she is about to give me a serious lesson in attending … a skill I feel is becoming a thing of the past, as a result of our desire for instant gratification.

We had an opportunity to take our revered ‘walkies’ in the park before beginning our afternoon client sessions.

The sun was warm, though it had been a cold morning. Sydney was making its way into the beautiful spring weather that it is now so famous for.
I am mildly distracted thinking about the up-coming afternoon sessions.
Saydee is merrily going from lamp post to lamp post, tree to tree and random smell to random smell … with a sniff here and a pee there.

I decide we have time to do the longer version of our walk today. I note Saydee is fascinated by some smell under one of the large palm trees. Knowing a variety of birds, possums, rats and other wildlife dwell, and take refuge there, I assume she has found some delicious doggie smells that is delaying her trotting off to the next destination.

I saunter up the path assuming she will join me.

As I prop and observe her ever-bend-head inhaling some delectable earthy scent I note she is still in exactly the same position. I chuckle and call out her, ‘hey I did this longer walk for you slow coach, catch up’. She briefly glances up at me, however completely disinterested in what I am doing and saying.

I call her again.

I then do the sure-fire whistle.

She is totally engrossed in some smell.

Muttering and telling her to get a move on, I walk over to where she has now spent a good 10 minutes, nose attached to the ground. Again, for what must be the trillionth time, I think, ‘this is an unpredictable quirky dog’, and I know I roll my eyes.

I walk to where she is in an attempt to chase her away and direct her back to my agenda so we can move on with our walk, and get back to the office.

As I glance down, I see a tiny dead possum. I am saddened and now understand why she is preoccupied and unable to drag herself way.

Again, I try to hunt her from this morbid sight. She will not leave. She is persistent, a true trait I have come to admire in this little rescue dog.

I get serious … but she purposefully goes back to the little dead possum and nudges it with her nose; I note with such a gentle nuzzle.

Was she telling me, firstly that it was there, and secondly that it was not dead? Perhaps also that she was not leaving it while it breathed life?

I crouched down and touched its cold little body. I felt it might not be long before it did die if I was not to do something, now. As I crouch trying to block the cold from this tiny dying possum, I note there is a freezing wind low to the ground and the grass is damp from the night dew. I put my hands around the little body to both prevent the wind from getting her and to add some warmth…and as if to say, ‘someone is here with you little guy’.

I free one hand and call WIRES (the organisation that rescues and cares for injured native animals). I am on hold. I am on hold for what seems an eternity…though it is probably more likely a few minutes.

Earlier I had noted the park Rangers car nearby (I had been very aware of the Rangers vehicle because I had let Saydee off the lead) and wondered if they might around able to assist or give advice.

As luck would have it the driver was returning to her vehicle at that moment.

Not wanting to leave the little cold dying possum I called out ‘ranger, ranger’, like some television cartoon scene.

Slowly she turned around, it was obvious, begrudgingly … or disparagingly. I waved her over, most likely further irritating her, though I will never know.

As she came closer, I said, ‘my dog found this little possum, do you know anywhere close I can take him…I am on hold with WIRES…’.

Visually her body snaps to attention. She was immediately right by my side. She pulled her windbreaker pocket open and said, ‘oh yes we have a rehabilitation nursery here on the park premises, pop him into my pocket’. To which she began an animated story about how she had found another tiny possum earlier this week, younger, further down, and he was doing well.

She jumped in her car and roared off to rescue our little charge with such care and purpose.

I turned and crouched down to Saydee, with tears in my eyes. ‘You have done it again you amazing little dog, saved another life’.

This is certainly an amazing dog … a human hero and now a possum hero … and fortunately the dumb unobservant human was eventually listening to this time.

This story highlights to me how often are we so focused on ourselves, our internal dialogue and our own agenda that we miss the world around us. I feel privileged to have a little dog that will nudge and remind me now and again that there is more to the world than getting back to our appointments on time.

In closing, I challenge you to stay alert to the world around you … it will inevitable bare gifts.